Will Toronto (finally) be recognized as a sports town?

It wasn't that long ago when the fourth largest city in North America didn't have a professional soccer team, or professional rugby teams, or even an NBA team. After the Blue Jays won the World Series in 1993, there wasn't a lot of momentum to keep Toronto top of mind on the global sports scene. The 2000 NHL All-Star Game, the league's 50th, took place in the newly opened née Air Canada Centre to much fanfare but as tired Leafs fans know, the closest Lord Stanley's Cup has come to them has been across the street at the Hockey Hall of Fame. Toronto FC won the MLS Cup in 2017 but with an albeit growing niche following in North America, MLS doesn't draw as many eyeballs as the NBA.

The Big Smoke has hosted its share of international tournaments, too, from IIHF, to the 2007 FIFA U20 World Cup, the 2014 FIFA U20 Women's World Cup, but it was the Toronto 2015 Pan Am and ParaPan Am Games that put the city on the international map. In the lead up to the 2016 Rio Olympics, athletes, coaches and fans descended upon the GTA and left suitably impressed. While an Olympic bid just didn't have legs for Toronto, it proved that it could host one of the largest sporting events in the wold, which makes sense given the city's diversity and the available venues in the wider GTA. All of this has been well and good for the city, but in reality Toronto was largely considered a nice, clean, polite place where American fans needed a passport and multicolored currency to attend a game - and not a sports town.

What was missing in all of this? WINNING. In order to be considered a sports town your teams need to win, and do so regularly. Boston fans are obviously smarting after going a few months without a championship (note that I don't feel bad for them), but it's difficult to question that Bean Town is a sports town.

The Raptors finally iced the cake with an impressive defeat of Golden State. This, more than anything in Toronto's recent sports history, opened people's eyes and gave them a look at the passion that runs deep in the city. While there have been numerous individual success stories coming from the GTA, it's the team sports that drive the brand of the city.

The Raptors turned the spotlight to the city, and it will be a Herculean task to repeat Champions, but the real question is what will all of the other Toronto teams do to keep it?

What do you think? Is Toronto a sports town? 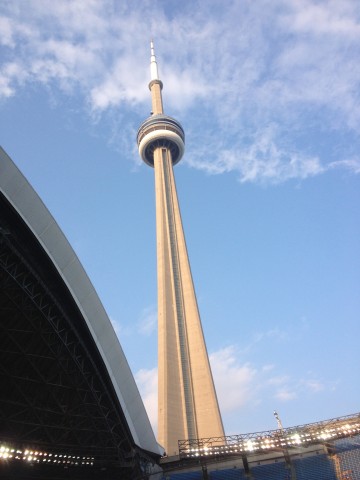 Is the 6ix now a sports town?
Tweet
Exciting Time in Sports and the Launch of All Abou...

More posts from author
Wednesday, 15 May 2019 Exciting Time in Sports and the Launch of All About Sports

By accepting you will be accessing a service provided by a third-party external to https://www.allaboutsports.ca/